After 3 years of racing in the amateur class, she was able to move up to race two years in the Pro Women’s Canadian National Series. However, her final year yielded several injuries.  After she had a full reconstructive surgery of her knee and shoulder, she had to make a difficult choice, to stop doing what she loved the most which was racing her dirt bike.
It was not long before she started racing short course Buggies where she improved greatly during her first season. Her roots run deep in motocross so the move to off road racing was a very natural transition for her. She had the chance to be part of the racing team that went to the Monster Jam World Finals℠ in 2013 and 2014. After witnessing the entire event, She knew she was hooked on Monster Jam trucks. Cynthia shared her excitement with the management at Monster Jam, and was given the opportunity to test as a driver. The test went extremely well, and she got to do the Maple leaf tour with Monster Jam in 2015. After so much hard work and sacrifices, she finally had a big opportunity.
In 2016, She started competing in the new Triple Threat Series Tour, where not only do you race the Monster Truck but you also race the ATV and the Speedster (UTV). This tour is really challenging and demanding physically and mentally! In 2019, she compete in the Stadium championship and got 3 freestyles and one overall victory. She also won the first World finals victory in the high jump competition.
She always love pushing the limits and trying new things. Some funny facts that you might not know  about Cynthia are:
1.  She got certificate by Lincoln Electric in 2016 for Welding Arc. She also open a welding shop "Pin Metal Up" in 2019.
2. She enjoys driving heavy equipment and is part of the Monster Jam Dirt Crew, where she helps building the tracks during the event.
3. Cynthia is an avid CrossFit Gym Athlete  which is competitive and helps her to stay in good shape. Representing the women in a male dominated sport is a good opportunity for her to show that females can be strong, powerful and beautiful in their own way. “ I want to be a good role model for all the littles girls who look up to me”. “ I want to show them that with hard work and dedication that you can reach your goals as long as you never give up on our dreams.
Driving the Monster Mutt Dalmatian for Monster Jam as been a dream come true for her. She enjoys traveling and meeting all MonsterJam fans all around the world. She wants to be an inspiration to as many people as possible.

Follow her on all social media to see all update of our adventures !!! 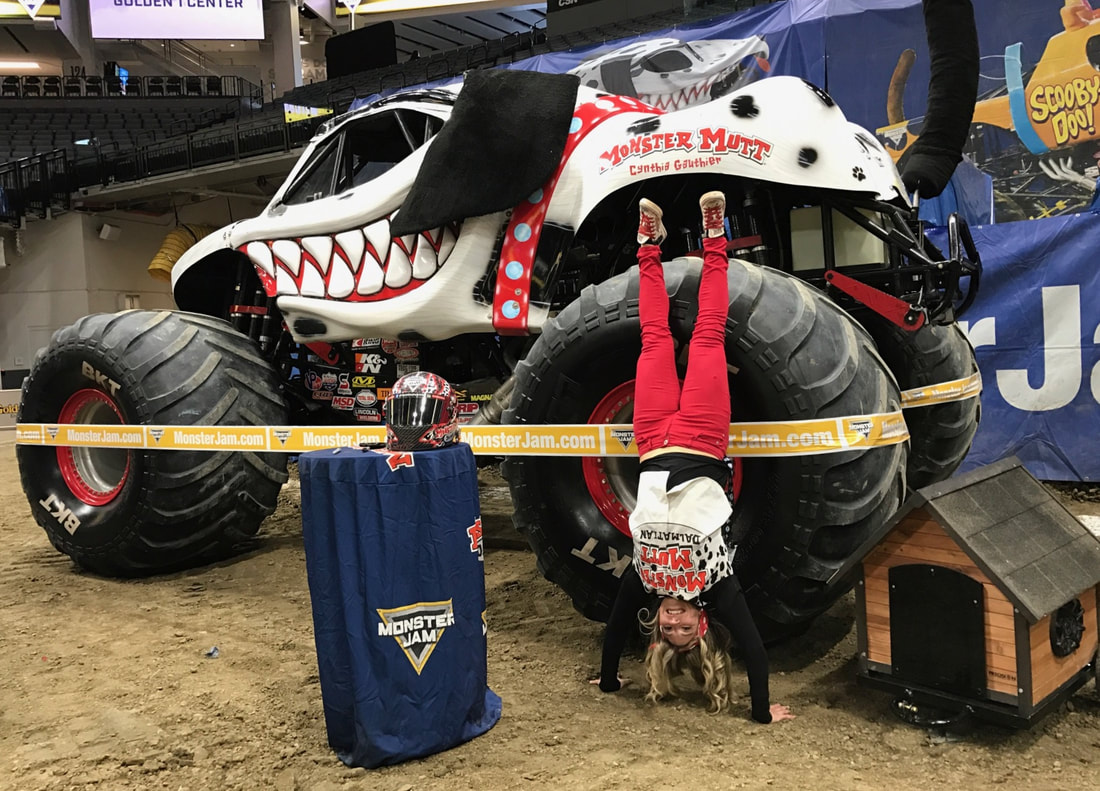